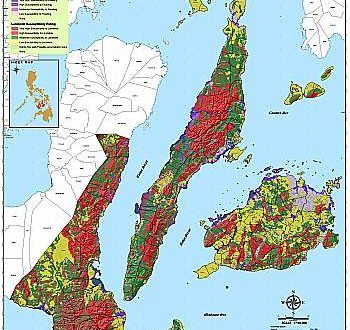 As La Niña brings more rains in the country, the Mines and Geosciences Bureau (MGB) 7 warns public officials and residents in Central Visayas of floods and rain-induced landslides in vulnerable areas in their provinces, towns, and cities.

He also encourages the relocation of residents near riverbanks, coastlines, and foot of steep slopes as a pre-emptive measure to avoid casualties.

“In the last few weeks, we saw incessant rains in Cebu and other provinces in the region. We can expect more rains towards the end of the year, so we have to be ready,” Malicse said.

“We have available resources to help our governors, mayors, and other local officials check their localities that are prone to floods and landslides. This can guide them as they implement their disaster preparedness plans,” he added.

Local government units can check the list of risky areas in their localities through the MGB Geohazard Maps which provide a 1:10,000 Scale Geohazard Mapping and Assessment to each province.

On September 9, the Philippine Atmospheric, Geophysical, and Astronomical Services Administration issued an advisory of a 70% probability of La Niña occurrence in the coming months based on its recent climate monitoring and analyses.

With this, tropical cyclones are expected to occur bringing above normal rainfall especially in eastern Philippines.

“We are now in the La Niña season. Let us all be careful, be alert when the rain comes and follow the government’s announcements so we can achieve zero casualties this year,” Malicse said. (IO/MGB7)