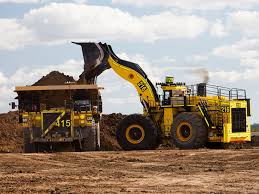 In need of funds to cover mounting expenses to address the COVID-19 pandemic, the Duterte administration is looking at privatizing some of its mining assets. Aside from raising revenues, the government hopes to revive the mining sector and, in the process, generate jobs especially in the countryside where unemployment has worsened.

The Privatization and Management Office (PMO), an agency attached to the Department of Finance, lists four mining assets now being considered for sale to the private sector. These include the mining claims of Basay Mining Corp., Hercules Minerals and Oils Inc., and Marinduque Mining and Industrial Corp., as well as the mineral claims and assets of Nonoc Mining and Industrial Corp.

The Philippines is among the 10 most mineralized countries worldwide. However, such potential remains untapped due to a host of reasons, foremost of which are regulatory barriers that have discouraged investors. For instance, Executive Order No. 79, issued in 2012 by then President Benigno Aquino III, set out reforms in the mining sector to ensure that mining companies adhere to environmental protection and responsible mining practices. However, a provision in that EO states that “no new mineral agreements shall be entered into until a legislation rationalizing existing revenue sharing schemes and mechanisms shall have taken effect.” Such legislation remains lacking to this day. Add to this the Department of Environment and Natural Resources’ Administrative Order No. 2017-10 banning open-pit mining, which particularly affected a huge mining project being planned in Mindanao.The mining industry’s contribution to the economy (as measured by gross domestic product or GDP) slid to just 0.5 percent in 2019 from 0.8 percent in 2016. At the same time, the number of workers in mines shrank to 184,000 last year from more than 230,000 in 2016. For the first half of 2020, the value of the country’s metallic mineral production declined by 14 percent, after the already depressed mining operations were affected by the lockdowns imposed to contain the coronavirus health crisis.

The regulatory impediments are one thing. A bigger problem facing the mining sector is that of public image. The government and the private sector have to overcome the general suspicion and dislike for mining among the public. Even President Duterte is not keen on mining, saying it has done more harm than good to the environment. This seems to be buttressed by study after study on the impact of mining on the environment, including on indigenous communities living around mine sites and often displaced or otherwise adversely affected by the extractive work in their midst.

The Duterte administration, in effect, has to hurdle two major obstacles if it is to successfully privatize its mining assets. It can start by pushing Congress to act on House Bill No. 5022, which seeks to rationalize and institute a single fiscal regime applicable to all mineral agreements. Without this, the government is not allowed to enter into mining contracts with the private sector. At the same time, it must prod legislators to update the provisions of the Small-Scale Mining Act to make the marginal operators become more responsible. It must also empower local government units to forcefully implement rules and regulations to address irresponsible small-scale mining in their areas.

Changing the public’s dubious regard for mining will have to start with the government seriously taking a look at the problem of illegal small mining operations, which have caused nearly all the widely reported problems in the past—miners getting trapped in abandoned mines, or pollutants being diverted to public waterways, to name a few. But it’s also true that some large-scale mining companies have engaged in similar irresponsible behavior, including those that caused environmental damage in Bicol and in Nueva Vizcaya due to cyanide spills, depletion of water resources, and violations of provincial laws.

Given the mining sector’s present predicament, the most difficult task in reviving the industry is finding the balance between strictly enforcing environmental laws to protect the country’s natural resources and the well-being of the communities around mining sites, and not being too constricting as to make the mining industry an altogether unprofitable enterprise.