The fatality was identified as Jessie Oliver, 29, while those injured were Clarito Minagkot Morio, 57; Daniel Capute, 65; and Vicente Batucan Hermosa, 66. All are residents of the said area.

The Danao Police Station said they received a telephone call from a concerned citizen telling them that there were four persons trapped after an accident while extracting limestone. The Danao City Rescue Team, which is based in the same building as the police, was immediately dispatched.

The rescue team was able to dig out the four men. Morio, Capute, and Hermosa only suffered minor injuries while Oliver, who was seriously hurt, died on the way to the Cebu Provincial Hospital in Danao City.

Based on the records of the Cebu Provincial Environment and Natural Resources Office, the quarry permit for the area in Tuburan Sur expired on September 12, 2014 and was not renewed due to unsafe quarry operations, but the men went on digging anyway.

Pantoja said that they will check if there are other illegal quarrying operations in Sitio Guisok.

In a statement released by Mines and Geosciences Bureau–7 on their Facebook page, they will conduct a separate investigation on illegal quarrying operations in Danao City.

“The bureau has boosted partnership with the local government units in curbing illegal mining and quarrying activities, but we cannot do this alone. We need the help of local community leaders and other stakeholders to report any questionable operations which are illegally extracting mineral resources,” read the statement from MGB-7 Director Loreto Alburo.

In April last year, two young boys were killed in a cave-in while extracting limestone in another illegal quarry in Barangay Lahug, Cebu City. | FREEMAN 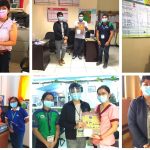 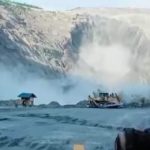