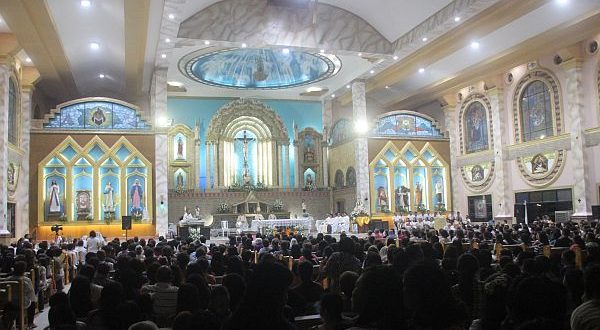 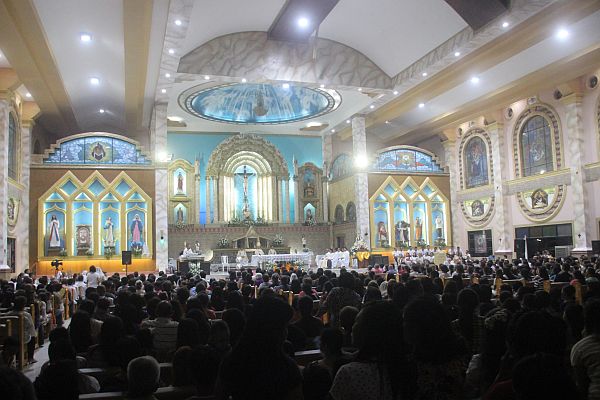 What started as a small chapel 59 years back has evolved into a “cathedral-like” church that is now a source of pride for the people of Barangay Das, Toledo City, midwest Cebu.

Cebu Archbishop Jose Palma said the construction of a bigger church for the Our Lady of Mt. Carmel also proves everyone, who doubted the project implementation, wrong.

“Katong mga nag duda nga mahuman, karon makakita na sa simbahan (Those who doubted that the project will be completed can now see the church nearing completion),” said Palma, who officiated the Our Lady of Mt. Carmel’s fiesta mass on Sunday.

The church construction project was estimated to cost around P58 million with Camen Copper as its biggest donor pouring in a total of P11.3 million in donation from the company’s Social Development and Management Program (SDMP).

Other donors included parishioners, civic groups and other organizations.

“Carmen Copper owes the continuous operation of the mine to the intercession of the Our Lady of Mt. Carmel and the Almighty God’s continuous providence and to the community whose unwavering support inspires the company to do more and give back to the people,” CCC said in a press statement.

In 1958, then Atlas Consolidated Mining and Development Corporation in coordination with Don Andres Soriano Sr. and his wife Doña Carmen built a small chapel on the same area where the church now stands, “after realizing the need of its workers for spiritual enrichment.”

Residents of the neighboring barangays of Cantabaco, Campo 8 and Loay would also come to the chapel to pray.

The Our Lady of Mt. Carmel was chosen as its patroness in honor of Doña Carmen, a Marian devotee who brought the image from Spain.

“Since then, the image has been venerated by the workers of Atlas and the Lutopanons as its protector and intercessor. At present, the original image adorned with gold plated tiara and precious stones is enshrined at the center of the altar for public veneration,” said the CCC in a statement.

The parish celebrates its annual feast every July 16 since its foundation in 1964.

It was the late Msgr. Gerardo Jumao-as who evangelized the community by holding masses and other church services like baptism, confirmation and matrimony, among others.

“The miners, who were constantly faced with the perils of their job in the underground, began to frequent the church. Msgr. Gerry has been instrumental in strengthening the spiritual formation of the people. Different communities and organizations have been formed and seeing the need for a bigger church, Msgr. Gerry lobbied to the management of Atlas Mining for the construction of a bigger church for the parishioners,” said the CCC statement.

However, the project was put on hold after Atlas Mining hit its lowest in terms of ore extraction and after the price of copper slumped in the world market resulting to massive job losses from suspension of company operations in 1994.

“But the faithful Lutopanons remained steadfast in their prayers and devotion to the Our Lady of Mt. Carmel. They put their trust in God that one day the mine will operate ones more,” the CCC statement said.

By then, the parish would already accommodate eight masses each day which still do not include funeral masses.

CCC started with the donation of a 4, 861-square-meter that was occupied by the old church and convent. They also provided the design and plans for the new church before they finally released the P11.3 million donation.